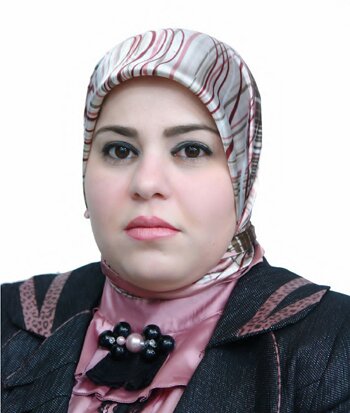 CV
Assist. Prof. Dr. Batool Rida Abbas
• Place of birth: Baghdad-Adhamiyah 7-6-1981.
• Work place: Department of Philosophy/University of Raparin
• Degree: Assistant Professor Doctorate
• Residence: Sulaymaniyah/ Ranya/ Nawroz
• Marital Status: Married
•Email:
dr_batool2010@yahoo.com
dr.batool2010@uor.edu.krd
• Certificates:
• Bachelor of Philosophy/Faculty of Arts, Mustansiriyah University, Baghdad, 2005
• Master of Philosophy/Faculty of Arts, Mustansiriyah University, Baghdad, 2007
• PhD Philosophy/Faculty of Arts, Mustansiriyah University, Baghdad, 2013
• Specialization:
• Philosophy, Contemporary philosophy, Science and future of civilizations
1. Published books and Research:
- "The present of the contemporary world and our future: a study in the civilization of the third wave of Alvin Toffler" I 1 2010 in Dar Dijla, Jordan.
- “The chaotic interpretation of civilization: controversy of chaos and order and the scientific question about the building of civilization”, Hassan modern house and library, Beirut 2015.
Research:
-Participated in the seventh conference of the department of philosophical studies in Bayt al-Hikma in Baghdad with a research entitled (We and the shock of future: self-dialogue and the other) on 11 – 12/K 1/2007.
-A philosophical research published in Mustansiriyah journal for Arab and International Studies entitled "Toffler between the shock of future and the civilization of the third wave: a study in its reflections on the Arab World" (No. 24 of 2008).
-Participated in the eighth conference of the philosophical studies, Bayt al-Hikma in Baghdad, under the title (Manufacture of facts and globalized media: a philosophical study) in 3 – 4/K 1/2008.
-Participation in the fourth Iraqi philosophical conference with a philosophical research entitled "Emotional theory in the philosophy of aesthetics at Mustansiriyah University for the period 15 – 16/T 2/2009.
-Participated in the 17th scientific conference of the faculty of arts, Mustansiriyah University with a philosophical research entitled (Mystic courtyard at Hallaj) for the period 12 – 13/K 1/2010.
-Participation in the first scientific conference (Our culture: problems and prospects), faculty of arts, Babylon University with a philosophical research entitled (The logic of change in contemporary western civilization: a comparative study) on 26 – 27/T 1/2011.
-Philosophical research published in the Journal of the University of Raparin entitled "Chaos in humanities: a study in the scientific thought of Ilya Prigogine" (p. 2 of 2014).
-Research in the Journal of the University of Raparin entitled (jointly with Dr. Muslim Hassan Mohammed) entitled "The metaphysical structure of Abu Nasr al-Farabi's civil philosophy: an analytical study", 2015.
-Joint research with (Dr. Muslim Hassan Mohammed) published in the Journal of philosophical studies/Bayt al-Hikma entitled (Position of Islamic philosophical thought towards the world issue: Ibn Rushd as a model), 2015
-Research published in the Journal of Philosophy/ Mustansiriyah University (jointly with Dr. Muslim Hassan Mohammed) entitled "The concept of goodness according to Aristotle", 2015.
Activities:
-Certificate of Proficiency/English language, Mustansiriyah University, 2004.
-Certificate of Proficiency/computer, University of Baghdad, 2009.
-Teaching Methods Certificate/ University of Raparin, 2011
-Certificate of active participation in the Workshop of International Education Erbil – Sheraton 2013.
-Certificate of active participation in the British Council Workshop, Erbil-Tangram 2014.
-Books of Acknowledgement: 14
-Chaired and participated in many scientific and administrative committees at university
-Delivered many lectures, courses in philosophical materials, including: introduction to philosophy, modern philosophy, philosophy of history and civilization, metaphysics, theory of knowledge and others.
-Books of thanks and appreciation: 12 from the ministry of education, University presidency, colleges
-Chair of the committee for quality assurance of education, Faculty of Humanities, 2015.
-Chair of the committee of quality assurance and continuing education, department of philosophy, University of Raparin, 2017.
-Teaching materials: Introduction to philosophy/modern philosophy, metaphysics, philosophy of history and civilization, scientific research methodology, philosophy of ethics, philosophy of knowledge.
-Universities in which she has worked:
Koya University, Rabrin University, Babylon College of Philosophy and Theology
-Chair of curriculum development committee, department of philosophy, 2019
Last update: 2/2/2019 PM

The human being is considered as the focus of education and development and the goal and the means by which education develops culturally and socially that is reflected on his skills and abilities and that all collaborate in the process of raising the economic, social, cultural and political level of the individual and society for the sake of his wellbeing. We think that the educational process is a joint process and the success of which is that of all the participants and responsible for, so the educational project must be changed in accordance with the requirements of the new era, technology and labor market. Also we believe that there must be a change in the teaching mechanism and the location of the recipient so as to make him at the center of the educational process and to bypass the centrality of the instructor in such a project by relying on the practical aspect of the educational process in an atmosphere of freedom and taking into consideration the student's desire.