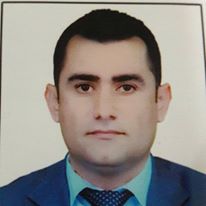 Biography and academic achievement:
-Born in 1983 in the village of Mamandawa belongs to Dokan district in the province of Sulaymaniyah.
- He completed his primary, intermediate and preparatory studies in Hajiawa district schools.
- His name has been published among top first graduates of the preparatory stage in Sulaymaniyah governorate after the approval of the official results of the preparatory exams for the academic year 2001-2002.
- He Joined the Faculty of Law and Political Science at the University of Salahaddin-Erbil for the academic year 2002-2003. He received a bachelor's degree in law (very good - with a distinction- ) in 2006 and was one of the top ten distinguished students.
- He Received a master's degree in public law at the Faculty of Law and Politics at the University of Sulaymaniyah with a grade of (very good -with a distinction-) in 2014, and in the order of the first in public law department.
- He Passed the scientific proficiency examinations for the doctoral study in law successfully and became the first candidate among the students competing scientifically for the seats allocated to study the doctorate in public law at the University of Sulaymaniyah.
- Having obtained the certificate of proficiency in English - IELTS -, then began his doctoral study in public law at the University of Sulaymaniyah, and now he in period of writing dissertation.

- Giving students useful legal information .
- Enabling students to learn with the concepts of constitutional citizenship, which include individual rights , freedoms, and national-constitutional duties towards society and the state.