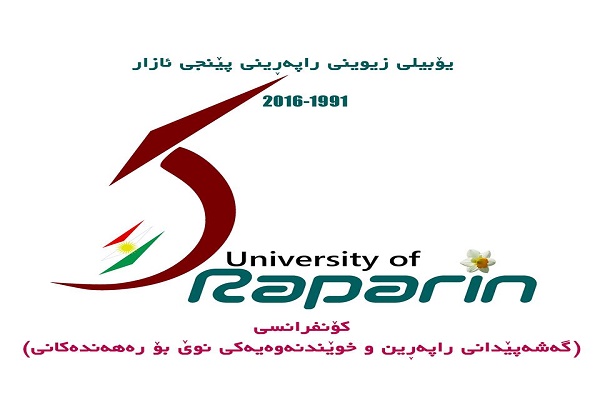 The University of Raparin holds the first scientific conference on the anniversary of the 5th March's silver Jubilee Uprising of 1991's.

The conference entitled as "The Progression of Raparin, and new interpretations for its Entities". University of Raparin is organizing a scientific conference for the uprising's silver jubilee during (6/7/8) of March, 2016 Rania City, Kurdistan Region. For more information about the conference please visit this link:http://www.con.raparin.edu.krd/

This Conferences aims at paying special attention to the importance of the Uprising, in which university of Raparin scientifically revising for evaluating the related topics, and exposing serious projects for further developments in Rania city, as a roadmap of scientific responsibility of university of Raparin in reviving the importance of historical events of Rania city and the people of Rania.

The uprising of the Kurds in Northern Iraq had begun on the fifth of March in 1991 against Iraqi regime; the first sparkle of the uprising was witnessed by Rania city.

The uprising started on 5th March as lightly armed Peshmerga entered the city and ousted government forces. The Peshmerga were joined by local civilians, who took the streets and helped the Peshmerga launch a mass assault on all government buildings and detention centers, freeing hundreds of political prisoners.