The Department of Philosophy Holds (Philosophy, Religion and Secularism) Conference

Under the purpose of making logical dialogue and giving opportunities of dealing with global issues inside the Kurdish society, scholars arrange a conference titled (Philosophy, Religion and Secularism).

In the days May 19-20, 2015, the department of Philosophy, faculty of humanities at the University of Raparin held a conference about (Philosophy, Religion and Secularism) in which Kurdish and Arab scholars participated, The University of Raparin’s president, students and a lot of writers and intellectual characters were attended.
At the beginning of the conference, prof. Dr. Muhammad Ali Abdullah, the president of the university of Raparin gave the university presidency speech, Dr. Muhhamd clarified that it’s not the first step of the university concerning to deal with social reconciliation, he also added that the university has discussed similar issue in a conference titled “The Role of Media in War of Terrorism” He also added “we have opened doors for various fields to be discussed and negotiated  to offer what we need in this phases and to brake the barriers between the university and cultural society.
Following that the Faculty speech was delivered by Dr. Muafaq Khalid, dean of faculty of Humanities, he said “despite of teaching and educating professional characters, we also try to focus on making connections between the University and Society concerning general issues facing the country. This is a tow day’s conference that mainly focuses on objective reading for the terms and making opportunities for dialog in which 11 seminars were presented. First Day: First Panel, in the morning May 19, 2015
First Seminar by Dr. Talib Hussein Gatafa under the title “Religious Violence and the essence of Muhammad’s Prophetic Message”.
Second seminar by Mr. Nawzad Jamal about “Religious Philosophy another understanding for religion”
Third seminar by Mr. Ali Mustafa about (the term of religion in philosophy and anthropology”
Second Day: Second Panel, afternoon, May 19, 2015:
First Seminar by Jamal Hussein “ISIS Message”
Second Seminar by Assitant. Prof. Dr. Haasan Hussein  about“ Religion and Secularism”
Third Seminar by Dr. Saman titled “Religious Tolerance during the Enlightenment age in Europe   Second Day : First Panel, morning, May 20, 2015:
First Seminar by Dr. Muiayad Barakat Hassan about “Cultural awareness and religious violence, Yazidies as an example”
Second Seminar by Dr. Muslim Hassan about “ Religion and the Government”
Third Seminar by Assistant. Mr. Kawa Jalal about “ What’s ISIS?” Second Day; Second Panel, afternoon, May, 2015:
First Seminar by Mr. Hawzhin Mala Amin, about “Worry about Islamic and Kurdish Relations”
Second Seminar by Assistant. Prof, Mr. Rebwar Siwaili , about “ aggressiveness  and philosophical concerns” 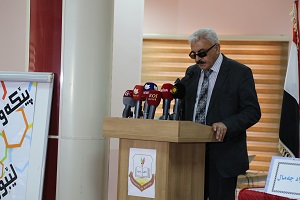 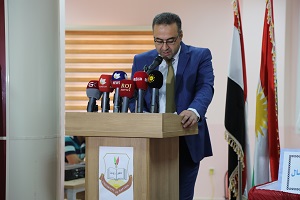 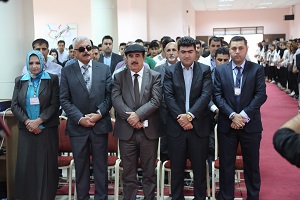 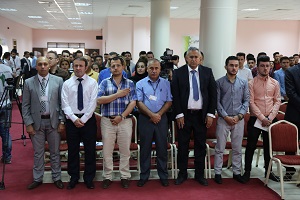 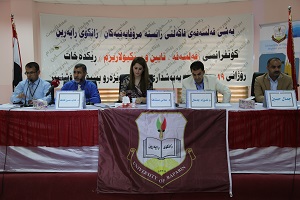 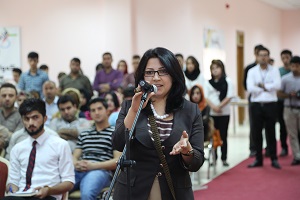 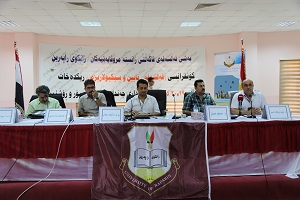 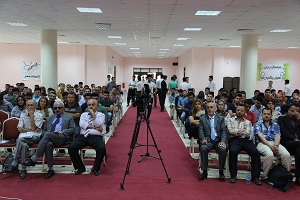 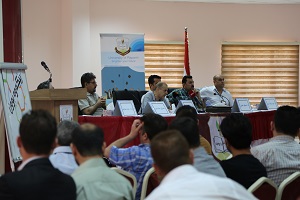 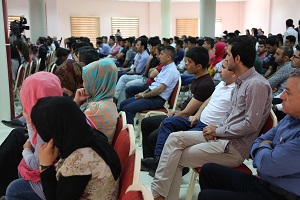 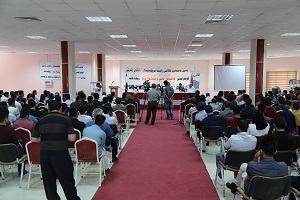 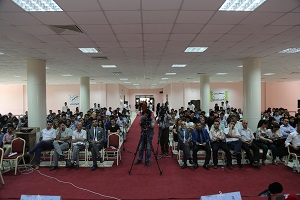