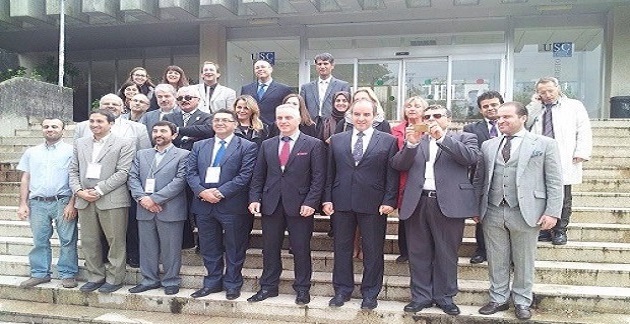 The project has been sponsored by the European Commission with a total of €2,394,050 of funding having been allocated to see the project through.

The aim of “Marhaba” is to develop collaboration between university students and staff of the European Union and Iraq/Iran.It has been designed to enhance the capacity, transparency and employability as well as skills and qualifications of academic institutions and individuals. The project includes countries participating from eighteen universities, four from Iraq, five from Iran and nine from the European Union (Spain, Germany, France, Poland, Italy, UK, Bulgaria and Poland). The project will last until the 14th of July 2018 and scholarships will be awarded over this period to applicants that have been selected by their respective institutions. The program is designed to finance the expenses of the students and academics that have been selected, including: travel costs, visa costs, subsistence costs, participation costs and insurance costs.

The universities that successfully applied to partake in the program from the Kurdistan Region of Iraq were: Halabja University, Koya University, Slemani University and Raparin University. Their application process and their partaking in the project has been, and will continue to be, supported by the office of the Kurdistan Regional Government Representation in Spain. An overall of 41 places have been allocated to students and academics of the four Kurdish universities. The places have been allocated as follows: 15 Undergraduate, 7 Masters, 8 Doctorates, 2 Post-doctorates, and 9 Staff.

The opening ceremony held yesterday was attended by representatives from all our Kurdish Universities, as well as the Kurdistan Regional Government Representative to Spain, Daban Shadala. It began with a welcoming speech delivered by the vice rector for the Internationalisation of the University of Santiago de Compostela, Professor Carlos Salgado. He thanked those who were involved in making the project happen and the European Commission for its funding. The KRG Representative to Spain Daban Shadala then thanked the University for its role in the project and gave a brief insight into the state of higher education in the region, stating that it “had been neglected during the regime of Saddam Hussein, but since his overthrow in 2003, the standards of higher education have been improving dramatically.” He praised the “Marhaba” initiative as a project that could “enhance the academic experience and growth of all participants.” The Project Office from the European Commission, Karolina Garbaliauskaite, also gave her thanks for all those who had participated in making the project possible, and to the University of Santiago de Compostela for coordinating and managing the project.

The representatives of the Kurdish Universities were then given the opportunity to present their respective institutions to the guests. Following the University presentations a general overview of the “Marhaba” project was given, this included highlighting the role of the University of Santiago de Compostela as the coordinator and the role of the partner universities. The next day there was a workshop given to the representatives of the universities which gave a technical breakdown of the project including its management and quality control aspects.

The inauguration of this project is a sign of the development that the Kurdistan Region of Iraq is going through in order to further advance its educational standards to meet those of various European institutions.