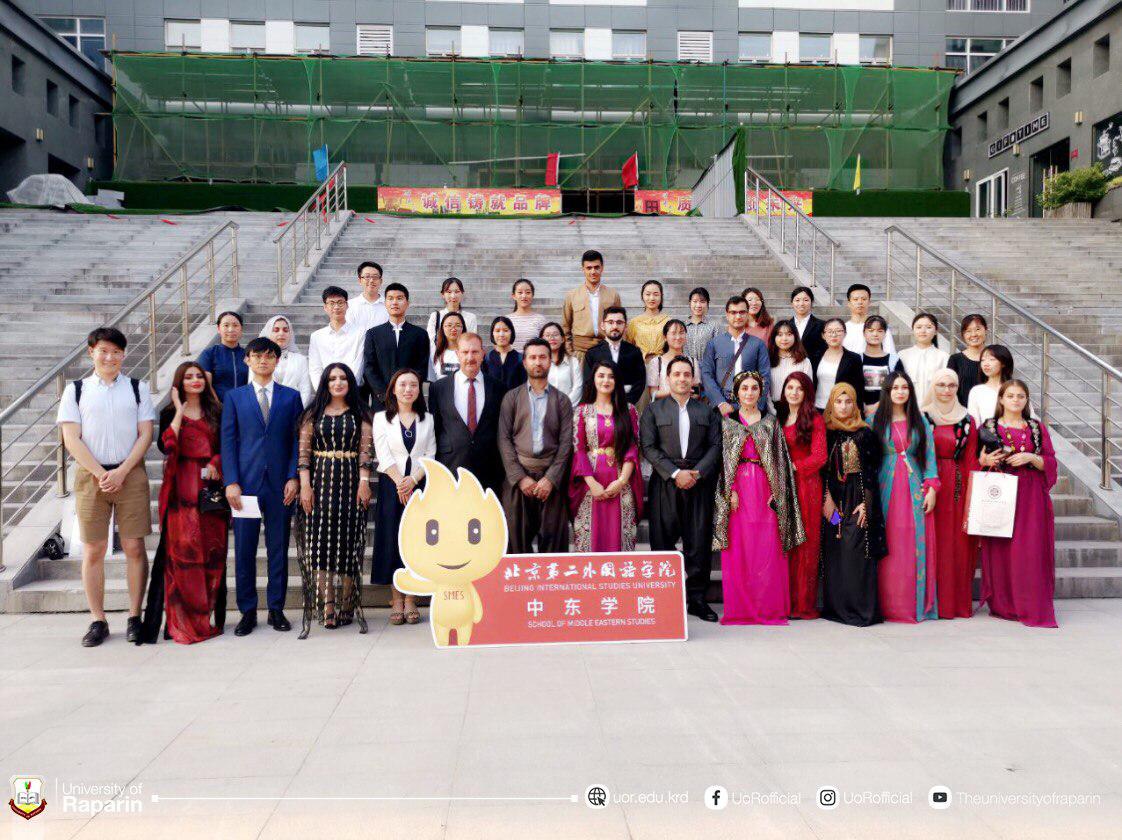 UoR Student Attended at a Cultural Exchange Program in China

I am Midya Sherzad Hussein. As a student form University of Raparin – a third stage student of College of Nursing, it’s an honor to publish my greatest experience entitled “Cultural Exchange Program between China and Kurdistan Region”. I was on one of the 10 students that have been chosen by the university and The Ministry of Higher Education and Scientific Research. The program took about 10 days and included many social and cultural activities.

Firstly, on 1st of September, we traveled from Dubai to Beijing. when we have arrived in Beijing on September 2nd, we have been to Huawei Technological Company, where we have been informed about the history of Huawei and their latest products. For instance, 5G, which is accelerating at speeds beyond imagination. On the same day we visited The Great wall of china, which is one of the world’s oldest and most magnificent man-made scenes, which can even be seen from the space. The Great Wall was originally built over 2500 years ago. Afterwards, at the evening of the same day, we have attended a Chinese Kong Fu Show. On September 3rd, we visited Tiananmen square, The Forbidden City, which is situated to the north of Tiananmen square, in the center of Beijing. The only entrance is the Meridian Gate (South Gate). It was built as the palace for emperors and their households to live in. On the same day, we have met the students from Beijing International Studies University, where we have exchanged our culture and had many cultural activities. After Beijing, on 4th of September, we have been to Hangzhou by the High Speed Train (G163). On 5th of September, we have been to Lingyin Temple, which is located at the north-west of the West Lake at Hangzhou. Lingyin Temple is one of the oldest and most significant ancient Buddhist temple of China. Later, we walked in South Song Royal Street and He Fang street. On the 6th of September, we have cruised on the West Lake. Then we took the high speed train (G86) to Shanghai, the China's Largest and Modern Showcase City. In Shanghai, we enjoyed The Huangpu River Night view. Then on 7th of September, we have been to Shanghai Urban Planning Exhibition, walked from Nanjing Road to the Bund. After that, we gathered at the City God Temple of Shanghai. On the last day, 8th of September, Oriental Tv Tower, then to the Shanghai Museum. Eventually, on the 9th of September, we arrived in Erbil at 16:25.
Conclusively, the fact that a nation of over one billion people can live without hunger has been key to the good health and hard work of the people. I hope we can send numerous students in order to improve and elaborate our beautiful culture with other cultures.