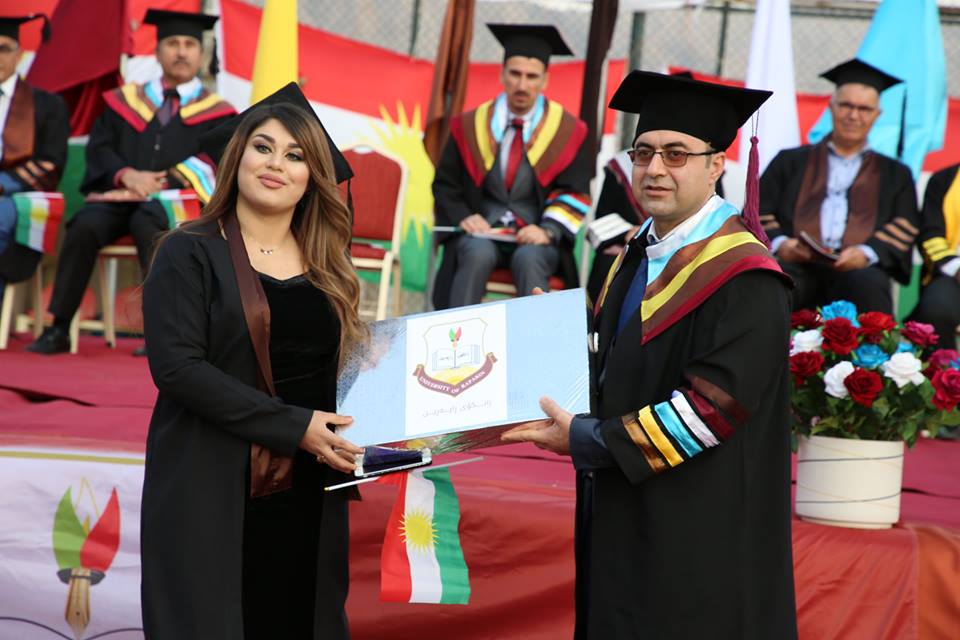 On Wednesday 17/10/2018, the Graduation Ceremony of the seventh round of UOR was held at Azada Rash stadium in Ranya, where 992 Bachelor Degrees were awarded to students in different fields of study. The ceremony took place in the presence of University Board members, lecturers, graduates, and some government officials.
The ceremony started with the academic procession. After the attendees were welcomed by Dr. Abdul-Rahman Aziz, lecturer at the University of Raparin, some Quranic verses were recited.

Then, the speech of University’s President was delivered by his Excellency (Dr. Muafaq Khalid Ibrahim) Assistant Professor at the University of Raparin. In his speech, he shed light on the University's developments and achievements; he also added some comments about the future of the University. Furthermore, he drew the attention of the attendees towards the hard working and endeavors of the students and lecturers despite having different types of crises over the past few years. Thus, he congratulated the graduates and their families, and he hoped that they do their best to serve their community.

The speech of the head of Higher Committee of Graduation Ceremony was delivered by his Excellency (Dr. Dara Tofiq Kaka-Amin) Vice President for student affairs. . In his speech, in spite of congratulating the graduates and their families, he referred to the pivatol role of graduates in performing their duties and serving their country. Moreover, he pointed out the problems that have left Kurdistan Region being inflicted with numerous diverse crises; nonetheless, the students, lecturers, and employees of the university never quit and continued the process of education.

In addition, the Bachelor’s Degrees of scientific departments were given to the graduates by their deans. Then, the top three students of each college were given Gradation Awards and Academic Honors were bestowed upon those who have come first in their departments.