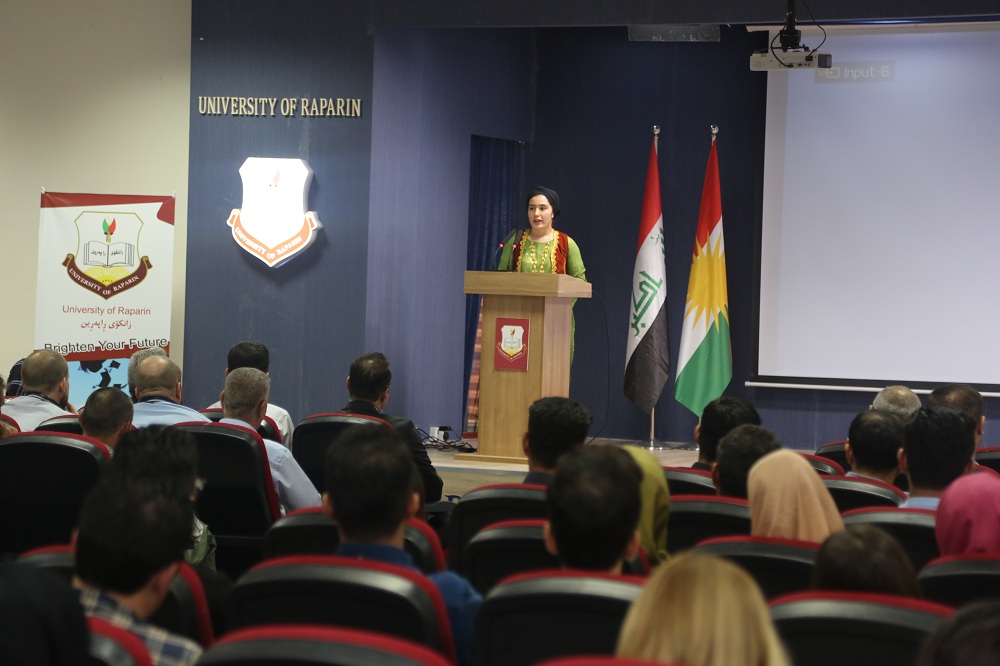 It was held late afternoon, on Tuesday 16th October 16, 2018, in the university's Activity Hall. In attendance were guests from The British Museum delegate, foreign universities and archaeological teams, the University of Sulaimani and the University of Salahaddin's archaeology departments, the Archaeologists Syndicate of Kurdistan, as well as administrators from around the Raparin region, the university’s Heritage Unit and the LDC organized a symposium introducing various projects outlining how to preserve archeological areas.

At the beginning, all of the attendees were given a warm welcome. Then, Dr. Muafaq Khalid Ibrahim, who is an assistant professor and the president of the University of Raparin, delivered his speech. In his speech, he spoke about the importance of the project and the effect of the symposium. He also mentioned that by opening an archeological unit, it would be beneficial and could serve the archaeological areas which are neglected.
Following on, the leader of 'Archeologists Syndicate of Kurdistan’ and also a lecturer at the University of Salahaddin 'Abdulla Khurshid Kader' presented his seminar on 'Archaeology is the identity of a nation, preserving it is a duty of each and every one.' Next, Rukhsar Ramazan Ahmad, who is the supervisor of the Archeology Unit at the University of Raparin, delivered a seminar on 'Archaeology and its importance as a nation's identity.' After that, Osman Tofiq Fatah, Archaeology lecturer at the University of Sulaimani, gave a seminar on 'How to introduce antiquities to the public..'
In another part of the symposium, Ashley Barlow, the LDC's Assistant Director at the University of Raparin, outlined the Raparin Renaissance Project to encourage more education, care and respect for their heritage. In addition, John MacGinnis, director for the British Museum’s training projects in Iraq, delivered his seminar on the work that his team is trying to achieve as well as a little about their recent discoveries.’