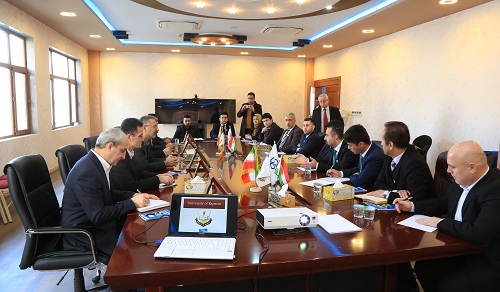 On Tuesday, February 7, 2017, in a cooperative meeting between the University of Raparin’s council headed by Asst. Pr. Dr. Mufaq Khalid Ibraim and Dr. Fakhraddin Akhlaqyan the president of the University of Kurdistan and his accompanied delegation, the two parties decided on various cooperative projects.

Both parties decided to hold an international cooperative conference between the two universities, in this concern the faculty of humanities has done all the necessary arrangements for hosting the conference, it has also been decided that the two universities work on enhancing cooperative cultural and scientific projects in the fields of e-library, summer courses for university of Raparin’s students and teachers, in addition of doing cooperative researches.