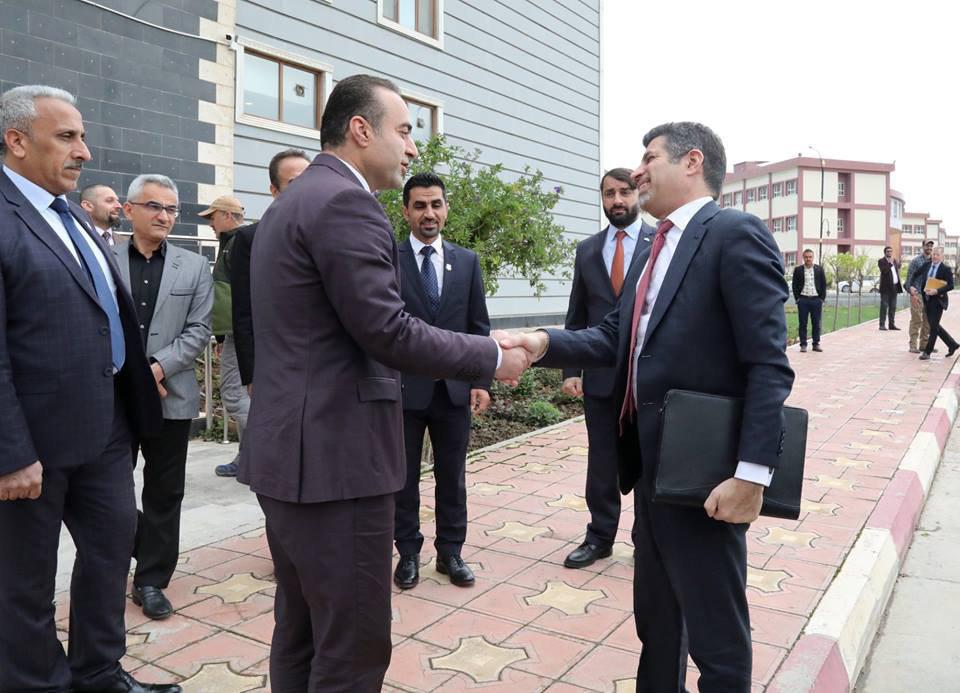 President Mofaq Ibrahim Khalid was pleased to host a delegation from the U.S. Consulate General Erbil on Thursday, April 11, 2019. The delegation included Mr. Steve Fagin, Consul General, Ms. Heather Carlin Fabrikant, Public Affairs Officer and Mr. Bradley R. Evans, Senior Economic Officer. The delegation first met with Dr. Mofaq in the Presidency Office and had a fruitful discussion about the university and the pressing needs of higher education in the Kurdish Region of Iraq.

The delegation then attended the 1st International Nursing Conference entitled “Toward Best Nursing Practices: Current Reality and Future Ideals” hosted by Dr. Sanaa Abdulsahib Hassan, Dean of the College of Nursing. Mr. Fagin was a keynote speaker and spoke about the pressing needs of nursing education and medical care in all of Iraq. He was pleased to announce that the conference was supported by the U.S. Embassy Baghdad from their Public Diplomacy Grants program for $20,000.