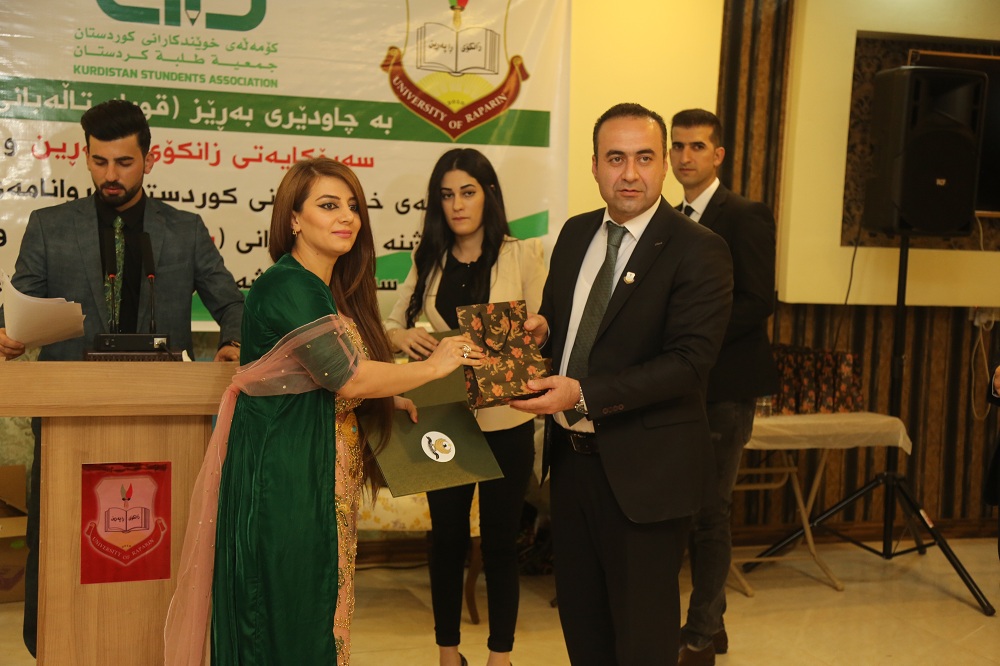 Certificates of recognition were given to those students who came first, second, and third in their departments by the presidency of the University of Raparin committee and the Kurdistan Students Committee on 27th September 2018. The certificates were handed over by his Excellency Mr Qubad Talabani, Deputy Prime Minister of the Kurdistan Regional Government, and the 24 Bureau of Raparin.

The event started with a silent prayer for our fallen Peshmergas. Afterwards, a documentary was shown to the attendees. The documentary was made by the University of Raparin's Directorate of Media and concerned the work and projects of the Ministry of Higher Education.
Then Dr. Muafaq Khalid, President of the University of Raparin, welcomed the attendees and addressed the attendees on the pivotal role of graduates in the community. He also referred to the continuous support and efforts of the Kurdish Prime Minister, the Ministry of Higher Education, and the Scientific Research Committee who were supportive even when Kurdistan was undergoing an economic crisis. Finally, he wished all students success in their future endeavours.