When the College of Basic Education had been established as a part of the University of Koya, the Arabic Department was opened for the first time in 2009. In October 2009, about 38 students were enrolled to attend the department. With the establishment of the University of Raparin, this department was annexed to the School of Basic Education and during 2012-2013 this department introduced the first group of graduates who are expected to serve as teachers in schools. The graduates are BA holders in Arabic who can work as teachers at Basic Schools in public sectors as well as private sectors. This department has a teaching staff consisted of 11 tenured staff members and one contracted teacher.

Vision
As a newly established university in Kurdistan, Raparin University is trying to introduce itself as a different university in terms of higher education and scientific research. In addition, it endeavours to have a significant role in the development of the Kurdish community with regards to science and the aspects of people’s lives in the region. The Arabic Department is one of the most important components of this university due to the increasing demands of society to have more graduates in the field of Arabic language. As such, the department is looking forward to establishing well-qualified education experts to enhance the teaching process as needed for the Kurdish community.

Mission
The Department of Arabic Language is very prevalent and well-respected in most Muslim countries. This is for a number of reasons. Firstly, Arabic is the language of Holy Quran. Secondly, a remarkable amount of information is written in Arabic. Like the Arabic departments of other universities, this department attempts to create good opportunities for students to maintain learning and teaching. This importance refers to the fact that it is the first language across Iraq and the second language in the Kurdistan Region. Consequently, our mission is to develop students’ skills in Arabic, maintain their potential abilities in the area of information and education and guide learners in the best possible way. Thus, the department aims at developing students’ language and literature skills, their cultural perception and awareness and their Arabic language skills. 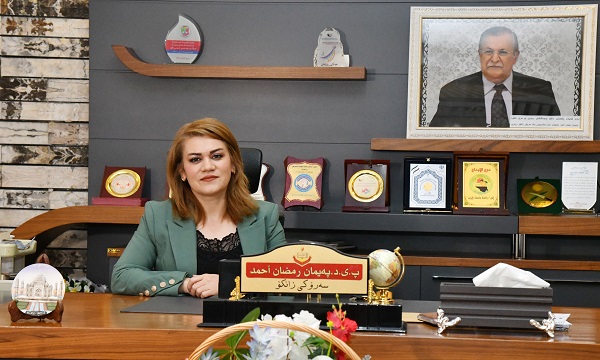